Recently, Dalian coach Benitez accepted an exclusive interview with Xinhua News Agency. He talked about some issues of Chinese football. 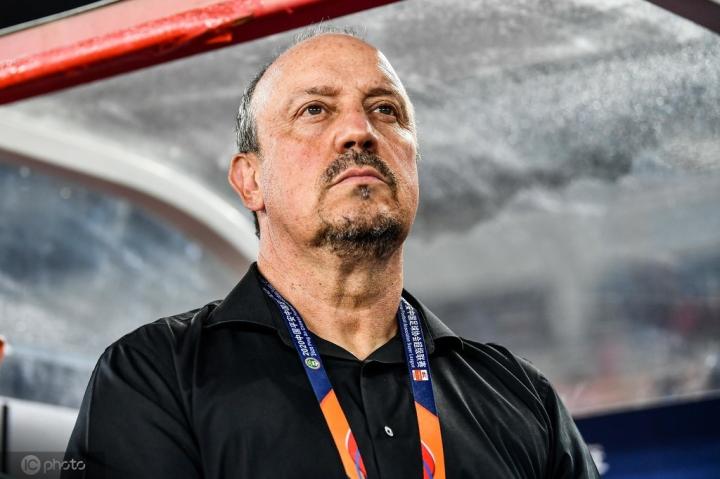 What I mean by game intelligence is that players can be aware of what is happening around the field and know how to make the right decision to deal with it. This is quite difficult in China.

In Europe, you started playing football at the age of six or even earlier. When I was a kid in school, from 11 am to 11:30 am, and from 2 pm to 4 pm, we would play football on the school playground. There must be hundreds of children playing. Those older children have a great advantage in height, and we children must use our brains to find ways to fight against them.

When I entered the Real Madrid Football School, I was a kid, but I have played football for five or six years and know the basics of football. Many of these Chinese players have only started playing at the age of twelve or three, six or seven years later than in Europe. How much can you learn in six or seven years?

In China, players only learn the football knowledge we knew when we were young when they were 18, 20 or 21 years old. too late! In China, a player is still a young player at the age of 23, but in Europe, a young player refers to a player between the ages of 17 and 20. There is a huge gap between the two.

When I was in the first year of university, I majored in physical education and medicine, and I was also a member of the Real Madrid U18 team. I will go to class in the morning, train in the afternoon, and go out to play with the team on weekends. I found that the three could not be taken into account, so I had to abandon medicine. But I went to college while playing football, and it took 5 years to finish my studies. In Spain, you can do this. But you have to get up at 4 in the morning and get up early and return late.

I know this is difficult in China. But if the school can take the right measures, I believe some students can do it. I am not saying that they can do it all, but there must be students willing to do it. Such students can become excellent coaches of Chinese football in the future.

You need coaches. There are three or four excellent coaches in China. That's not enough. You need hundreds of youth training coaches. They go abroad to study and come back to train coaches. Slowly, you will have thousands of excellent coaches, which means that the kids and youth players who play football can be improved under their training.

You still need time to do this, because the five major leagues are too high. The Spaniard's Wu Lei is a good player, but his team has been relegated. You need more players to go abroad and play in the second league. These players can return to China as coaches in the future.

European countries such as Spain, England and Germany are very different from China. You'd better analyze Asian football genres and learn from the experience of those who have succeeded.

I think our players run a lot and have this ability. This is good. But sometimes you need experience to save running distance and be in the right place at the right time. Those experienced players will stop the game at the last moment, slow down the pace of the game in one way or another, and they have time to deploy defense. We currently lack such players. In a comparable game, experience can help you win. If you lack experience, you will tie or lose that game.